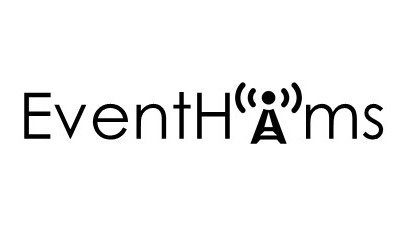 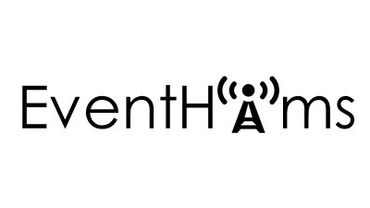 It is with great sadness, that it is announced that EventHams co-founder, Michael (Mike) Hoeft, K2MPH passed away suddenly on January 10, 2020. There was a Mass of Resurrection and a "Last Call" ceremony over the air from the base of the public safety tower at Garret Mountain Reservation on Friday, January 17, 2020. This was conducted on the Passaic County Sheriff's Dispatch and the Red Cross channels, as well as on the DMR NY/NJ Metro talkgroup 444 via the NJ2PC/R 440.950 MHz and 146.61 MHz FM repeaters.

Mike received his ticket as a teenager and was licensed originally as N2DZZ. He became an EMT volunteering for the Wanaque Ambulance Squad and then graduated from the Passaic County Police Academy as a Police Officer, thus rising to the rank of Lieutenant in the Communications Section, having served for the Sheriff's department for 26 years. Mike was a fixture in Emergency Management and volunteered as the County RACES Radio Officer. He encouraged training and interoperability among Amateur Radio volunteers and built up an exceptional relationship between the Amateur Radio Operators and the Sheriff's Department. This led to operational functions for Hams in direct support of Sheriff's Officers while on operations, starting with the annual four day County Fair but expanding as needed throughout the year. Mike regarded the County Fair as a sustained opportunity for building relationships and skills for the Sheriff's Officers and Radio Amateurs, alike.

Additionally, Michael served as Assistant Commander of the County Special Operations Division and Commanded the County 9-1-1 Center and County CERT. He was also the Assistant Commander of the Passaic County Hazardous Materials team.  One of the proudest positions of the department was as a Supervisor with the Sheriff’s Task Force response team to the World Trade Center disaster which was coordinated from September 11, 2001 till November 22, 2001. Michael was Coordinating Supervisor for the County Task Force Response to Hurricane Katrina as well and also Assistant Commander for the 2002 County Anthrax responses and investigations, as well as numerous other disaster responses and large scale deployments in the County and mutual aid to others.  His commitment to the HAM Radio community and Police Force were instrumental in assisting with the coordination of communications at numerous NYC Marathons, Harbor Fest and Fleet Week events.

Mike was very actively involved with the New York City Marathon since the very early 80's and always sought to have a team from Passaic County handle a milepost as a way to build team skills and to get the team out of their comfort zone. Mike's very first post for the NYC Marathon was mid-span of the 59th Street Bridge.

When Deborah Kerr, KC2GPV took over as Communications Director for the New York City Marathon in 2014, the loving relationship between Deborah and Mike took a turn the following year into a wonderfully dynamic leadership powerhouse team that guided EventHams, with the New York Roadrunners, and culminated over the years with many successful NYC Half Marathons and NYC Marathons. EventHams was founded in 2015. The EventHams team, draws about 300 Hams to support these events as well as the NYC Triathlon and assisting with the recruitment aspect of the Brooklyn Half Marathon. Deborah and Mike were engaged and had planned to be married in 2020.

Upon retiring from the Sheriff's office, Mike took a position as the Logistics Pgm. Support Manager with the American Red Cross on Long Island in conjunction with Greater New York. Additionally, Mike not only became a member of the ARC Emergency Communications Service radio club supporting American Red Cross Amateur Radio and Disaster activities, but for 4 years served as the clubs Secretary. His interest in all forms of communications technology, and in applying these technologies and skills to helping people was balanced by a nurturing, but quiet determination to have people succeed.

When Mike wasn't doing any of the aforementioned, Mike and Deborah enjoyed their multiple trips each year that they took to Walt Disney World, in Orlando, Florida.

Mike was a friend to all whose sense of humor kept it fun even when things were not going well. He often had this, "You can't make this up!" look on his face, that was reassuring and motivating as you knew he had your back and that he would pitch in to make things happen.

Mike gave of his life selflessly to both family and community at large, and the way he led his life made an impact with everyone he met and left an indelible mark. His legacy will live on and continue to push us all to be our best selves and continue to make a difference in this world.